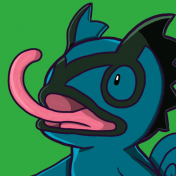 N-E Mario Kart 8 DX Get Together

By Glen-i, March 11 in Nintendo Gaming