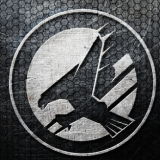 By Falcon_BlizZACK, August 13, 2008 in Nintendo Gaming