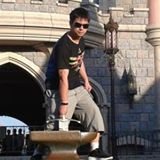 What Defines Nintendo To You? (Podcast Hot Topic)